Use a webkit browser
to view this site
or just download the app!!!

PUNK or METAL is a photo voting app that asks you to answer the one question that has been asked since time began, "Is it PUNK or METAL"?

Vote and comment on photos in our library or add your own. You can take your own pics, use ones already on your phone, or vote on your Facebook photos.

Share your votes and comments with friends on Facebook and join the audience to judge once and for all whether everything in the universe is
PUNK or METAL.

"Punk rock is a rock music genre that developed between 1974 and 1976 in the United States, the United Kingdom, and Australia. Rooted in garage rock and other forms of what is now known as protopunk music, punk rock bands eschewed perceived excesses of mainstream 1970s rock. Punk bands created fast, hard-edged music, typically with short songs, stripped-down instrumentation, and often political, anti-establishment lyrics. Punk embraces a DIY ethic; many bands self-produced recordings and distributed them through informal channels.

"By late 1976, bands such as the Ramones, in New York City, and the Sex Pistols and The Clash, in London, were recognized as the vanguard of a new musical movement. The following year saw punk rock spreading around the world, and it became a major cultural phenomenon in the United Kingdom. For the most part, punk took root in local scenes that tended to reject association with the mainstream. An associated punk subculture emerged, expressing youthful rebellion and characterized by distinctive styles of clothing and adornment and a variety of anti-authoritarian ideologies.

"The issue of authenticity is important in the punk subculture—the pejorative term 'poseur' is applied to those who associate with punk and adopt its stylistic attributes but are deemed not to share or understand the underlying values and philosophy. Scholar Daniel S. Traber argues that "attaining authenticity in the punk identity can be difficult'; as the punk scene matured, he observes, eventually "everyone got called a poseur'." - Wikipedia

Metal "is a genre of rock music that developed in the late 1960s and early 1970s, largely in... the United Kingdom and in the United States. With roots in blues rock and psychedelic rock,.. heavy metal developed a thick, massive sound, characterized by highly amplified distortion, extended guitar solos, emphatic beats, and overall loudness. Heavy metal lyrics and performance styles are generally associated with masculinity and machismo.

"The metal scene has been characterized as a 'subculture of alienation', with its own code of authenticity. This code puts several demands on performers: they must appear both completely devoted to their music and loyal to the subculture that supports it; they must appear uninterested in mainstream appeal and radio hits; and they must never 'sell out'. For the fans themselves, the code promotes 'opposition to established authority, and separateness from the rest of society.'

"Many metal musicians when performing live engage in headbanging... often emphasized by long hair. The corna, or devil horns, hand gesture, also widespread, was popularized by vocalist Ronnie James Dio,...(a)lthough ..., there is speculation as to who started the phenomenon."

Metalheads "'do not dance in the usual sense...' and there are two primary body movements that substitute for dancing: headbanging and an arm thrust that is both a sign of appreciation and a rhythmic gesture. (A)ir guitar is popular among metal fans both at concerts and listening to records at home. Other concert audience activities include stage diving, crowd surfing, pushing and shoving in a chaotic mêlée called moshing, and displaying the corna hand symbol." - Wikipedia 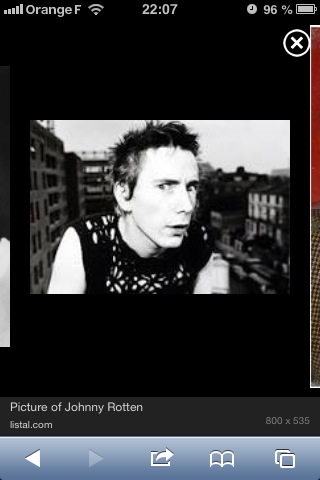